Founded in Dallas in 2013 by Papatia Feauxzar, Djarabi Kitabs Publishing (DKP) is on a mission to publish books specifically by Muslim authors.

Feauxzar said the inspiration for DKP was the lack of Muslim books available to her son.

“My desire to become an author and my son [was my inspiration]. I have always loved writing and telling stories,” she said. “I also wanted to give back to the community and make our Muslim contribution be seen. The intentions are multi-layered, to be honest.” 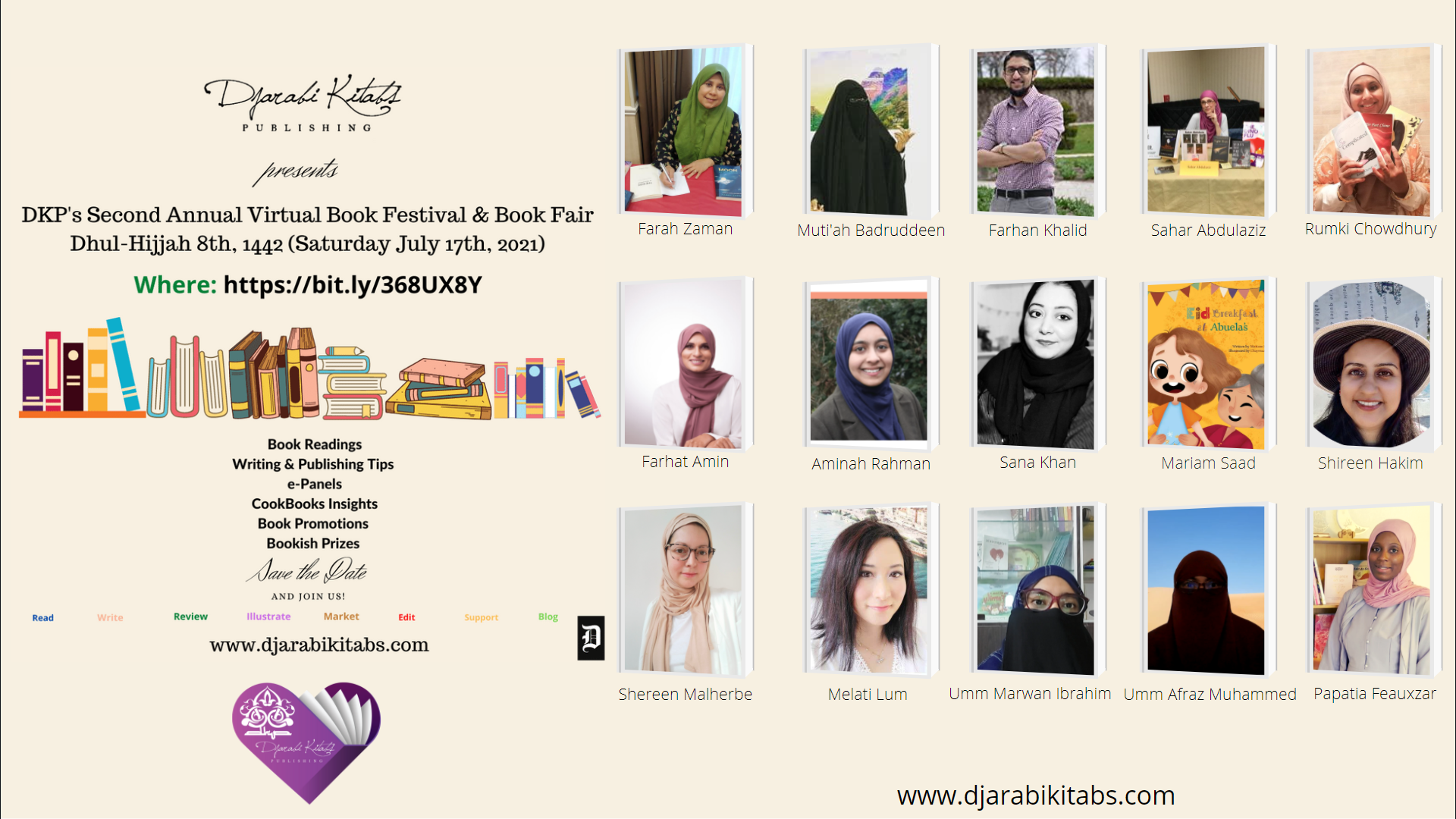 “It’s the book festival we organize at our sister bookstore and publishing house. It highlights the Muslim writers of this era digitally from around the world,” said Feauxzar.

The goal of the festival is to “say thank you to all these supporters of Muslim writers’ contributions.”

The second event, which closes on August 7, is called Fofky’s Reader’s Choice Awards. The goal of this event is to give readers a chance to vote on the year’s best works by Muslims, including categories like Children’s books, YA Fantasy, Muslim Fiction, Memoirs and Biographies and Mystery books.

The authors of the winning novels will receive “Fofky’s Boxes,” which Feauxzar describes as goodie boxes for readers.

“They include books, bookmarks, macarons, healthy snacks, teas, coffees, other easy barista drinks recipes like mocha, frappes, etc. Sometimes, they include cosmetics like facials or bath salts,” she said. “All in the intent to make the reading experience cozy and fun. We have a food handling license, so that distinguishes us from other bookish boxes out there. We can serve food.”

Feauxzar said the publishing house has “tremendously” increased awareness about Muslim authors. DKP sold over 600 books in 2019, 500 books in 2020 and over 2,000 free eBook downloads.

“Our free books, events and book launches have made it possible for us to be seen locally and globally. For instance, we get customers from China, New Zealand, Sweden, UK, India, Canada, Australia, etc,” she said. “We are pleased that we are known in many remote places of the world, along with the well-known places.”

Those interested in participating in the reader’s choice awards can follow this link until August 7. The winners will be announced the following day.